Results of the 2020 mayoral elections

The second round of the French mayoral elections took place Sunday, June 28th. Because of the Covid-19 pandemic,  the 2nd round was held more than three months after the first round instead of a regular electoral procedure with a one week delay between the two rounds. 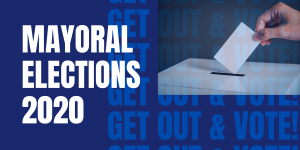 Even if it is too early to draw a more in-depth analysis because of the exceptional period, the results of these elections fall in line with a two decades long trend of fragmentation of the French political landscape, which has been in place for more than half a century but which is going through a reset left in fallow land. The political parties and personalities that emerge with each election find it difficult to confirm their leadership in the following ones, in a context of zapping where the French are testing but not confirming for the time being. Political life remains very fragmented in a country not accustomed to coalitions, with several blocks, the rather radical left, the center (which may include the moderate left and the center-right), conservatives who are losing ground on their right and on their left, and right-wing populist/extremist, rather stable but with no margin for progress or possibility of alliance for the moment.