First round of the regional elections in France: takeways

The first round of the elections for the renewal of the members of the 18 regional councils (local governments mainly in charge of local economic development including digital transformation, higher education and research, transportation) was held yesterday, June 20th. The second round will be held on June 27th. Regional councils are elected every six years under a proportional voting list system, where the first list of the second round gets an absolute majority of councilors. In all, 1,758 regional councilor positions are up for grabs. 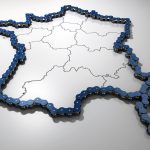 The main takeaway of this election is that the parties of the two main contenders to the Presidential elections have scored poorly. With barely any local anchorage, the presidential LaREM party was somewhat expected to lag behind. The real surprise comes from the far right populist Rassemblement National (RN party led by Marine Le Pen) which didn’t generate the expected tsunami and may, at best, win the south-east PACA region where it has anyway been well positioned for several years. Eyes will turn now to the PACA region, a test for the 40-year-old “Republican Pact” (with candidates likely to stay on in the second round pulling out of the race to throw their weight behind whatever candidate is better placed – regardless of party affiliation – to prevent a far right or populist candidate from winning the election or a majority).

The following key outcomes can be taken out of this poll:

The usual negotiations, twists and turns lie ahead this coming week in the interval between the two rounds, considering that the first list on the finish line takes the majorityin regional councils. The stakes are immediate, with the risk that the RN may win the majority of the seats in the PACA regions, whereas the presidential majority party will have to find a way to take part to local government.