French EU Presidency: What are the policy priorities and expectations? (Post-event summary)

The fast pace of EU decision making during the Covid-19 outbreak showed that “Europe is more united, more resilient, more efficient than 10 years ago”. It is with these words that French Junior Minister of European Affairs Clément Beaune launched our series of dialogues on the issues at stake for the upcoming French EU Presidency. 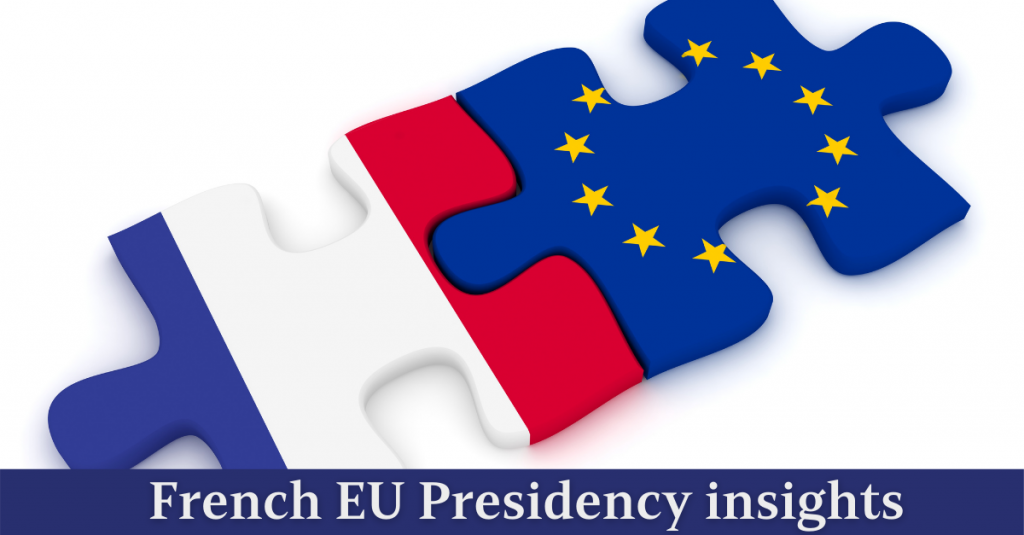 France will take the helm of the EU Council from January 1st to June 30th, 2022. It will be a turning point for the EU, whose Green Deal political programme will have to deliver concrete actions while coping with the pandemic uncertainties. But France will also go through a decisive moment, the first half of 2022 coinciding with the campaign period for the French general elections.

To read into the French government’s priorities, SAMMAN Law & Corporate Affairs teamed up with FIPRA and the European American Chamber of Commerce (EACC).

The comments of French Minister Clement Beaune were completed by those of Pierre Gattaz, BusinessEurope President, and Robert Madelin, FIPRA Chairman and former senior official of the European Commission, during a one-hour exchange moderated by Thaima Samman, Partner at Samman.

Which priorities for the French EU Presidency?

If summarize in a tagline, the French EU Presidency program would be “Recovery, Strength and Sense of Belonging”.

For Minister Clément Beaune, the French EU Presidency will deliver on President Macron’s commitments taken since his election in 2017. It will obviously address the economic and social consequences of the pandemic, with a view to deepen the European social and health projects. But it will also deal with citizens’ disillusion with multilateralism in international affairs, which entails strengthening the EU strategic autonomy and giving new prospects for prosperity and mobility within Europe for the younger generations. The Presidency will pursue the EU work to take concrete actions tackling climate change concerns, the main proposals being expected in the Commission’s Fit for 55 Package next July 14th.

After five years at the head of the French employers’ organization Medef, Pierre Gattaz took over the Presidency of the employers’ federation BusinessEurope in 2018. In that role, he is advocating for a vision for EU policy making standing on three pillars – Prosperity, People and Planet. Businesses both contribute to and rely on all three pillars. To stay successful, this means producing growth, staying competitive, operating a smooth green and digital transition without losing the confidence of investors and of people equipped with the relevant skills.

FIPRA Chairman Robert Madelin sees a lot of challenges ahead of France, to bring everybody along on achieving so many priorities. European businesses, citizens and policy makers expect a clear vision on several aspects, in particular to change institutional levers and adapt corporate governance to 21st century challenges.

What could the French EU Presidency bring in the long run?

For Robert Madelin, coordinating the Council work with the French general elections in the background could create the right conditions to innovate in EU decision-making. EU affairs are likely to become a political stake for candidates to the French presidential elections, which means that their citizens’ knowledge of Europe and expectations from Europe could also expand.

Clément Beaune hinted at the fact that the French government drew its lessons from the “Yellow Vests” movement to address the disinterest. It encouraged the inauguration of the Conference on the Future of Europe (https://futureu.europa.eu/) on the 71st Europe anniversary day. The Conference aims at questioning EU citizens’ “critiques, dreams, expectations” throughout debates held across the EU up to delivering conclusions on a possible overhaul of the institutional mechanisms next May 9th, 2022.