A look back on the exchanges with Didier François, LCI journalist, war reporter, and specialist in geopolitical conflicts, at a conference-debate held at Cabinet SAMMAN.

« While the war in Ukraine may seem far from the world of public affairs for businesses in France and Europe it will shape the world of tomorrow. » Thaima Samman 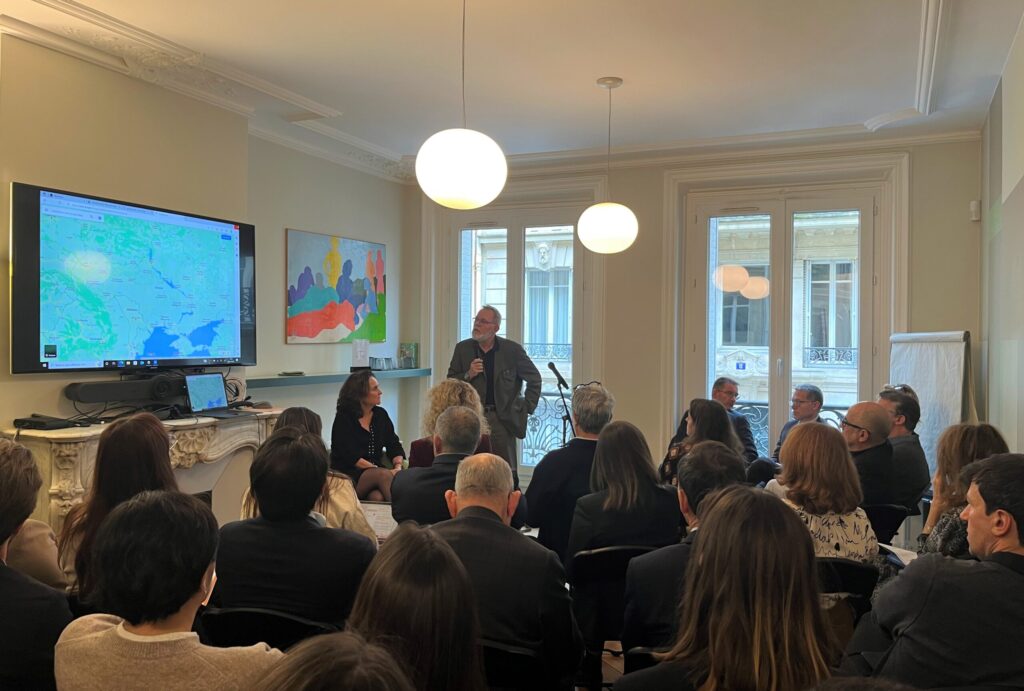 Public affairs is all about anticipating change in order to better prepare for it. Cabinet Samman has striven to answer queries from its clients and interlocutors and to understand the stakes involved from the very beginning of the conflict.

The invasion of Crimea in 2014 and the war Russia has been waging in Ukraine since the beginning of the year are radically transforming the European paradigm of peace and prosperity that has prevailed since the end of WWII.

The ramifications are and will continue to be far-reaching. Human losses are massive on both sides. France and the European Union will have to rethink their alliances and positioning on a political, diplomatic and economic level.

We need to think ahead and anticipate issues: this conflict marks the end of globalization as we have known it these past decades. Its ramifications on the supply of raw materials and on production chains have made us aware of interdependencies, even with countries we thought were far removed from us.

The back-and-forth exchanges with Didier François have especially allowed us to understand the respective might of the contenders and the prospects for change in military and geopolitical terms. 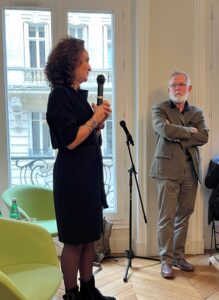 The specific nature of the war in Ukraine

Didier François invites us to put the Russian-Ukrainian conflict into context: a member state of the UN Security Council challenging the sovereignty of a state through the unabashed use of violence and nuclear intimidation.

From a military op to a long-term conflict

In its first phase, the conflict revolved around territorial gains or losses determined by the respective strength of the opposing forces in different parts of the country, the equipment used and above all logistics. Russian advances first came up against the moral resolve of Ukrainian soldiers and civilians, the use of communication satellites and the quality of the U.S. intelligence the Ukrainians were able to draw from to counter attacks.

The second phase began in spring 2022 when the Russians were forced to withdraw with their artillery and return to the front lines in the Donbas (in the east). While, up until mid-July Ukraine’s ability to resist remained uncertain, Russia’s failure to take Sievierodonetsk marked the beginning of a turning point.

The slowing down or halt of the Russian offensive and the Ukrainian counter-offensive towards the end of the summer heralded a third phase, with the Russians being forced to take a break to reorganize, and to carry out a mass mobilization of 300,000 men.

As Russia seems to be marking time, it should be kept in mind that the passage of time plays to its advantage, as the West and public opinion there might quickly start experiencing Ukraine war fatigue and dwindling support.

For their part, the Ukrainians are trying to make inroads and win back as much territory as they can. Ukrainian leaders know that the objective of their Western allies is to restore a stable world order as quickly as possible. They do not want a peace imposed on them that would compel them to sacrifice part of their territory to Russia. They are thus trying to build the strongest possible power relationship to avert the risk of the partitioning of their country.

Ukrainian resistance in the occupied territories?

Highly educated and working mainly in white-collar jobs, especially in Melitopol and Kherson, the Ukrainian resistance is very well organized and coordinated, and enjoys strong support among the local population.

The symbol of resistance is the letter ï, which does not exist in the Russian alphabet.

The situation with the arrival of winter

The Ukrainians are motivated and hold the advantage on the ground. They are on the offensive and are continuing to score points but at an exorbitant human cost, especially since the Russians have adopted a strategy of terror by bombing cities and civilians as much as they can.

What do the Russians think about the war?

Analyzing Russian society is no easy matter. Access to information is complicated and the ‘truth’ there is not the same as it is here in the West. The autocratic and closed nature of the regime also impedes circulation of information about the actual respective strengths of the opposing forces and the reality on the ground. The Russian elite, numbering no more than some 100,000 people, has been maintained by the regime for the past 25 years and is by its nature recalcitrant to change. The authorities seem not to have cut off access to the Internet, being little concerned about dissent from within.

For the time being, the regime does not seem to be facing any major opposition. Business executives, artists, and others in the cultural sphere, marginal in number, more informed and more westernized, and who are generally hostile to the conflict, have left the country in hordes, with the tacit support of the authorities, thus limiting the capacity for protest within the country itself.

What about European unity?

While Europe is united today, it is not surprising to observe, on the one side, Eastern European countries, which have lived through decades-long Russian occupation and which want to weaken Russia as much as possible, and Western European countries, which are more inclined to compromise. The return of war to Europe’s borders is leading to a gradual rearmament of all countries.

Western countries have refused to yield to the expansionist aims being pursued by Russia, which would upset the post-war world balance. For the U.S., this is also a way to indirectly warn China over its designs over Taiwan.

Despite the proposals the West forced on Ukraine last spring, for the time being the Russians are not ready to make concessions, as Russia is still betting that Western support will wane. This refusal to open talks has, for now, had the opposite effect, with the West stepping up its support in terms of financial resources and military equipment in particular, thus paving the way for the counter-offensive that began at the end of the summer. The balance of power has therefore shifted, and the Ukrainians are now looking to win back territory, including territory lost a decade ago. The question before us is what price is acceptable to both sides to silence the guns, but we are not there yet.

The question of the reconstruction and the organization of the country is already arising despite the bombardments and continuous confrontations. Countries supporting Ukraine and private sector players have announced €630 billion in immediately available funding for that purpose. Among the options, the establishment of regional action zones by each of the supporting countries has been mentioned and is beginning to be implemented, in particular by France.