Two members of our team have joined the governing bodies of the FIPRA network present in more than fifty countries around the world and which SAMMAN Law and Corporate Affairs represents in France.

Thaima Samman, Founding Partner, has been appointed to the FIPRA Advisory Board, in charge of the European region. Thaima also leads the digital team at FIPRA International.

« In these difficult times, we need to think and act together even more than before. This is the meaning of my firm’s commitment to the network. And it is also a personal conviction that has been driving me for years. This is why I did not hesitate to take the responsibility for the European region within the new Advisory Board set up within FIPRA. »  Thaima Samman 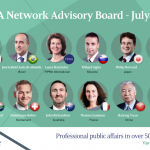 Laurent Monjole, Director Corporate Affairs, has joined the new « Ethics and Quality » committee, whose mission is to ensure the excellence and transparency of the network’s actions. 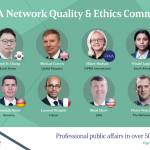